Biography: The author received an honorable PhD in mathematics and majored in eng ReadMore...

The author received an honorable PhD in mathematics and majored in engineering at MIT. He attended different universities over 17 years and studied seven academic disciplines. He has spent 20,000 hours in T2D research. First, he studied six metabolic diseases and food nutrition during 2010-2013, then conducted research during 2014-2018. His approach is â€œmath-physics and quantitative medicineâ€ based on mathematics, physics, engineering modeling, signal processing, computer science, big data analytics, statistics, machine learning, and AI. His main focus is on preventive medicine using prediction tools. He believes that the better the prediction, the more control you have.

Dr Sergey Suchkov, MD, PhD was born in 11.01.1957, a researcher-immunologist, a clinician, graduated from Astrakhan State Medical University, Russia, in 1980. Suchkov has been trained at the Institute for Medical Enzymology, The USSR Academy of Medical Sciences, National Center for Immunology (Russia), NIH, Bethesda, USA, and British Society for Immunology to cover 4 British university facilities.

Jean-Michel Scherrmann, Pharm. D., Ph. D. is professor in the department of Pharmacokinetics, Faculty of Pharmacy, the University Paris Descartes. He has led the Neuropsychopharmacology Unit at the French Institute of Health and Medical Research (INSERM) and the National Center of Scientific Research (CNRS) from 2002 to 2013. He has been recently promoted Dean of the Faculty of Pharmacy at University Paris Descartes and nominated Professor at the National Institute of Nuclear Sciences and Techniques.

Biography: Ke-He Ruan is Professor of Medicinal Chemistry & Pharmacology and he i ReadMore...

Adalberto Rezende Santos is Ph.D in Cellular and Molecular Biology from Oswaldo Cruz Foundation, Rio de Janeiro, Brazil. Actually, he is a Senior Investigator and Head of the Laboratory of Molecular Biology Applied to Mycobacteria of Oswaldo Cruz Institute, Supervisor at the post-graduation programs of Cellular, Molecular Biology, and Clinical Medicine from Fiocruz and Federal University of Rio de Janeiro respectively. He is ad hoc consultant of the Executive Secretariat of Science Technology and Environment and of the Ministry of Health, Brazil. He is also referee of the Journal of Infectious Diseases and Pharmacogenomics.

Dr Joël Richard is currently Senior Vice President, Peptides in IPSEN (France). He is globally leading all the pharmaceutical development activities of both injectable and oral peptide-based products, including APIs and drug products, with major franchises in Oncology, Endocrinology and Neurology. Dr Richard has more than 25 years of experience in chemistry and biopharmaceutical R&D, including several previous global senior positions in various Biotech and Pharma companies, such as: - Vice President, Drug Product Development in Ipsen (France) (2008-2011), - Director, Pharmaceutical Development in Serono and Merck Serono (Italy, Germany) (2005-2008), - Vice President Research, and Europe R&D Director at Ethypharm (France) (2001-2004), - COO at Mainelab (France), a drug delivery company he co-founded, which was specialized in developing solvent-free processes for protein delivery systems (1999-2001). Dr Richard graduated from Ecole Normale Supérieure (Cachan, 1985). He has got a PhD in Materials & Colloidal Science (University of Paris VI, 1987) and “Habilitation à Diriger les Recherches” in Chemistry (University of Bordeaux I, 1994).

Research Interest: In the last 20 years, Dr Richard has focused his research activity on new formu... Prof. Dr. Christopher Brown, Ph.D., D.Sc., CC, AOE, FRS is a Full Professor and Academic Tenure of Chemistry at California South University (CSU), Irvine, California, USA. He is an American analytical and organic chemist, who pioneered a number of discoveries in the field of chemistry, his first and most famous being the synthesis of sucrose. His contributions include the discovery of the anomeric effect and the development of general methodologies for the synthesis of saccharides still employed in the area of Nucleic Acids Chemistry. He was a fellow of the American Chemical Society (ACS) and also the Royal Society of Chemistry (England), and a recipient of the prestigious Albert Einstein World Award of Science and Wolf Prize in Chemistry. Furthermore, he is currently Dean of the Faculty of Chemistry at California South University (CSU), Irvine, California, USA.

Research Interest: Discoveries in the field of chemistry, his first and most famous being the synt... 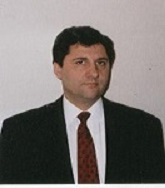 Dr. Dr. Michel Mikhail has more than 25 years Pharmaceutical Industry experience and track record of achievement in R & D and International Regulatory Affairs in large multinational Research-based pharmaceutical Companies, Biotech Companies as well as in the Generic industry. Dr Mikhail is an Expert in Biosimilars. Has been involved in the Global Development and Worldwide regulatory approval of Blockbuster Medicines He was involved in shaping the EU Biosimilars Guidelines and their Review, the WHO Guidelines, Other ICH Guidelines and now in the US-FDA Biosimilars Guidelines. He is a Chartered Expert in Pharmacology -Toxicology, a chartered Clinical Expert as well as a chartered Analytical Expert. Dr Mikhail served on the Safety working group and Efficacy working Group of the European Federation of pharmaceutical Industry associations (EFPIA) also as a Topic leader. He served on the Regulatory Group of the European branch of the Pharmaceutical Research and Manufacturers of America (PhRMA Europe), on the European Biosimilars Group, the Regulatory and Scientific Affairs Group of the European Generic medicines Association (EGA), as well as on different associations and organizations. Dr Mikhail is member of the Expert committee of the Government Federal Institute of Risk Assessment (BfR) Germany. and served as member of the Expert Committee for Toxicology of the United States Pharmacopoeia Dr. Satinder Ahuja successfully managed development of many new drugs at Novartis Corporation for over 25 years in a number of leadership positions that led to earnings of billions of dollars. His expertise is recognized worldwide in chromatography and separations, especially in the area of ultratrace analyses, chiral separations, and characterization of contaminants by various techniques. As President of Ahuja Consulting, he has advised major pharmaceutical companies in the US and abroad on new drug development and on green chemistry solutions to environmental issues. He has given plenary lectures worldwide, won awards, and published numerous papers and over twenty books. 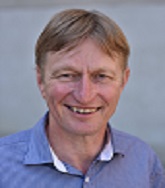 Nigel Langley, Director Technical Service and Scientific Affairs – BASF Pharma Solutions, provides technical support to the pharmaceutical industry and helps solve drug development challenges with BASF's platform solutions. Prior to joining BASF, Dr. Langley worked for Croda Inc. as Technical Director Health Care, responsible for product and application development for both dietary supplements and Pharmaceutical excipients. He has also worked in Japan and England with Croda. He gained his Chemistry (Hons) degree and PhD (Liquid Crystals) from the University of Hull, (UK) and an MBA from Leeds University (UK). Nigel has been a member of the Executive Committee at IPEC Americas since 2010 and is currently VC Makers and Users. He is also helping to lead the Novel excipient initiative in collaboration with the IQ Pharma Consortium. Nigel is also active in the BioPhoru Sinerik Ayrapetyan has completed his Ph.D and postdoctoral studies from Ukraine Academy of Sciences. He is the president of Life Sciences International Postgraduate Educational Center and head of UNESCO Chair in Life Sciences. He is the author of 7 books and 185 papers in refereed journals, and is serving as a member of Editorial Board of ISRN Biophysics, the Board of Associate Editors for the "Electromagnetic Biology and Medicine" Journal, Associate Editor for Biomedical Research of "Journal of International Dental and Medical Research". Biography: DR. Rula M. Darwish is currently working as a professor and as Dean fo ReadMore...

DR. Rula M. Darwish is currently working as a professor and as Dean for the faculty of pharmacy at University of Jordan. She worked as Chairman for the Department of Pharmaceutics and pharmaceutical technology, University of Jordan (2003-5 & 2012-13). She attended various conferences and published many articles in international journals.

Dr. Mostafa Norizadeh Tazehkand from Iran (Mioandoab-Qushachay) is currently working as an Assistant Professor in Pharmaceutical Biotechnology department, Bulent Ecevit University, Zonguldak, Turkey. He completed his B.Sc. in Molecular and Cell Biology at Tonekabon University, Iran. Later in 2012, he graduated with M.Sc. in Biotechnology at Cukurova University, Turkey. Dr. Mostafa did his PhD. in Biotechnology at Cukurova University, Turkey in the year 2016. He has published several papers (More than 30) in reputed journals and has participated in several international conferences. He is working as an editorial member in almost 25 scientific journals. His research interests include Vaccine production, Recombinant protein production, Study of cancer, Study of gene expression, Cloning, Study of chromosomal and genetic abnormalities. Prof. Dr. Carol Thomson, Ph.D., D.Sc. is a Full Professor and Academic Tenure of Genetics, Virology and Immunology at California South University (CSU), Irvine, California, USA. He is a British scientist, who along with Qui-Lim Choo, George Kuo and Daniel W. Bradley, co-discovered Hepatitis B in 1989. He also co-discovered the Hepatitis D genome in 1986. The discovery of Hepatitis B led to the rapid development of diagnostic reagents to detect HCV in blood supplies which has reduced the risk of acquiring HCV through blood transfusion from one in three to about one in two million. It is estimated that antibody testing has prevented at least 40,000 new infections per year in the US alone and many more worldwide. Biography: The Dr. Hugo Solana Goya is Doctor in Animal Science. Studied at the ReadMore...

The Dr. Hugo Solana Goya is Doctor in Animal Science. Studied at the Faculty of Veterinary Sciences in National University of Central Buenos Aires UNCPBA (Argentina). Is Veterinarian since 1982 and PhD since 2000. Since 2007 is Director of the Laboratory of Cellular and Molecular Biology of FCV-UNCPBA in the area of Molecular Parasitology (Resistance Anthelmintic). 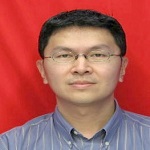 Biography: will be uploaded soon..

will be uploaded soon..

Research Interest: will be uploaded soon..